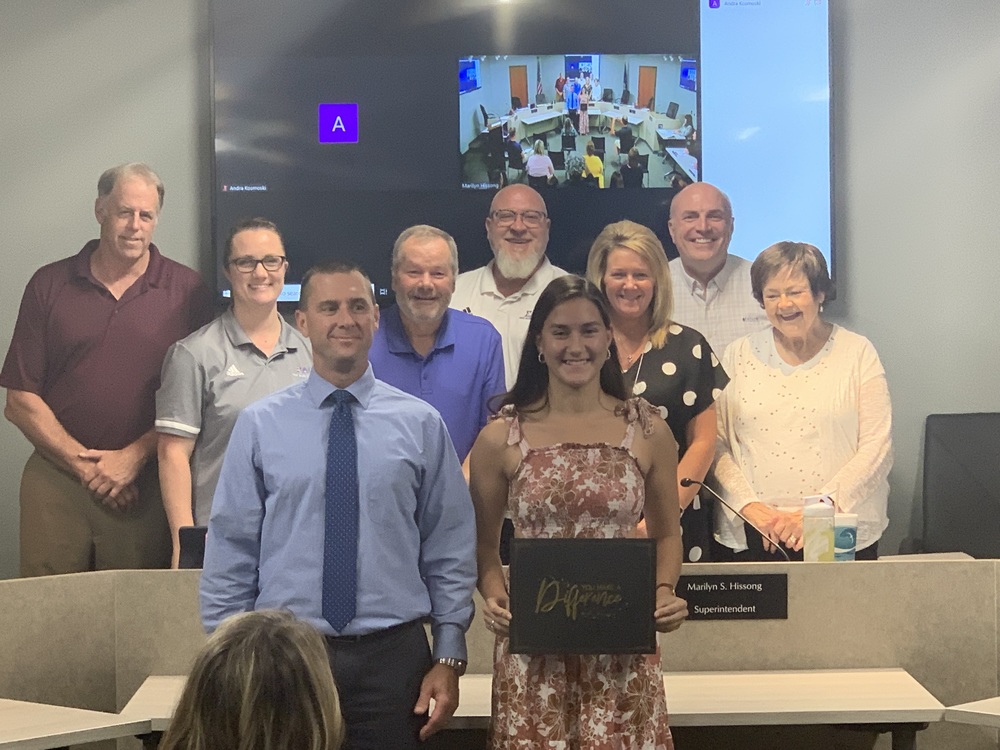 Board Recognition for Karina Peppler a Woodlan High student

Like many people who watched the news this past February, Karina Peppler was appalled to see Russia invade Ukraine and she couldn’t just sit still.

She saw orphanages in Ukraine getting bombed. It made her upset, but it inspired her to start up a fundraiser. This wasn’t just any other war. For Karina, it was personal.  Karina was born in Russia. She is adopted. She too was in an orphanage like those kids, but she said, “those kids didn’t have a chance, and it hurt her so she just wanted to be able to help."

Karina knew she could only do so much on her own, so she reached out to community organizations, businesses and local schools, including and her own Woodlan Junior/Senior High family. She approached Principal Denny Kern, who helped her bring her fundraiser to school lunches and track meets.  Mr. Kern said, “he was amazed at how her project kept branching out and he hopes it acts as an inspiration to others.

"They made a lot of bracelets, a lot of salsa and that went well. With Karina’s  leadership, concern and compassion to help others they raised $1,500 for all the Ukrainian children.